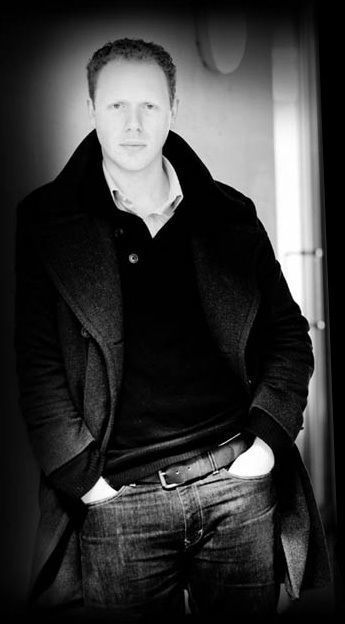 “Joseph Middleton is a born collaborator…one of the brightest stars in the world of song and Lieder, performing with the likes of baritone Sir Thomas Allen and soprano Dame Felicity Lott”

“Middleton is outstanding, his reputation as a rising star among accompanists richly deserved”

“Middleton…again demonstrates that he’s one of the most talented, intuitive collaborative pianists of his generation”

“The absolute king of programming”

Pianist Joseph Middleton specializes in the art of song accompaniment and chamber music and has been highly acclaimed in this field. Described in Opera Magazine as ‘the rightful heir to legendary accompanist Gerald Moore’, by BBC Music Magazine as ‘one of the brightest stars in the world of song and Lieder’, he has also been labeled ‘the cream of the new generation’ by The Times. He is Director of Leeds Lieder, Musician in Residence at Pembroke College, Cambridge and a Fellow of his alma mater, the Royal Academy of Music, where he is a Professor. He was the first accompanist to win the Royal Philharmonic Society’s Young Artist Award.

He has a special relationship with BBC Radio 3, frequently curating his own series, and has a critically acclaimed, fast-growing and award-winning discography. He enjoys particularly fruitful collaboration with Carolyn Sampson on the BIS label. Their five releases have won an Edison Award, received nominations for Gramophone and BBC Music Magazines Awards, been Radio France’s Disc of the Month and been shortlisted for an International Classical Music Award. Further recording projects include an English Song recital with  Dame Sarah Connolly for Chandos which included world premiere recordings of songs by Britten (Gramophone Editor’s Choice, Sunday Times Disc of the Week, top of the official classical charts); ‘Strauss Lieder’ with Louise Alder for Orchid Classics (Sunday Times Top CDs of the Year, Gramophone Magazine Editor’s Choice, nominated for an International Classical Music Award); ‘Voyages’ with Mary Bevan for Signum Records (nominated for a BBC Music Magazine Award) and, for Champs Hill Records: ‘Nocturnal Variations’ with Ruby Hughes (Recording of the Month – BBC Music Magazine), ‘Elgar in Sussex’ with Dame Felicity Lott, ‘Tell me the Truth about Love’ with Amanda Roocroft, ‘This other Eden’ with Kitty Whately (Shortlisted for Best Disc of 2015 – American Record Guide), the Lieder of Ludwig Thuille with Sophie Bevan and Jennifer Johnston and the complete Purcell/Britten realizations with Ruby Hughes, Allan Clayton and Matthew Rose. His interest in the furthering of the song repertoire has led Gramophone Magazine to describe him as ‘the absolute king of programming’.

Born in Gloucestershire, Joseph graduated with an MPhil from the University of Birmingham, studied piano on an EMI Scholarship at the Royal Academy of Music and went on to win the accompanist prizes at the Wigmore Hall International Song, Kathleen Ferrier, Richard Tauber, Royal Over-Seas League and Geoffrey Parsons Awards. He lives near London with his family.

Promotors please do not reproduce this biography, but contact sophie.dand@askonasholt.co.uk for an up-to-date version.